Earlier this week I did a 24-hour fast. I'll be honest on this one - it wasn't entirely on purpose, and I did cheat a little bit. But, having gone through the exercise, I spent some time thinking about what I had done, and whether or not fasting could play an important role in overall health. 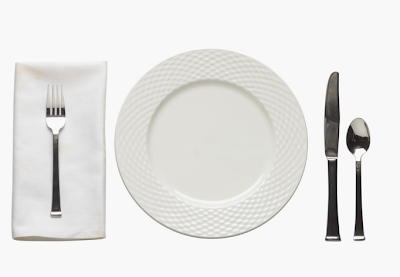 
Here's how it happened:

I ate more than I normally do for lunch, to the point where I felt really full. (and since I usually do a good job of eating moderate portions, it was easily noticeable.) Then, that evening, something came up at home, where I had to run a few errands with one of my boys. It ended up getting late, so we stopped at a Chick Fil A for dinner (one of his favorites.) I decided not to order food for myself, since I had already over-eaten at lunch, but I did eat two or three of my son's waffle fries.

By the time we got home and ready for bed, I was a little hungry, but not enough to justify making a dinner that late at night, so I just went to bed.

The next morning was one of those out-of-the-routine mornings, because I had a meeting scheduled at an odd time. I had half a glass of orange when I woke up, figuring I would eat breakfast with the boys later that morning. Unfortunately the morning got away from us, and I had to leave the house without eating. again.

I could have stopped for something on the road, or raided the office snack bins, but by this point I was 21 hours into a 24 hour fast; no way I wasn't going to see this thing through.

Lunchtime came, eventually, and I ate a modest-size lunch, thus ending my fast.

What did I learn from this fasting exercise?

I learned, or was reminded of, 4 different topics regarding how our bodies burn energy:

1.) I Did It. The word "Fasting" is intimidating. How could I possibly go without food? Well, there's breakfast, lunch, and dinner. Eat one of those three, then skip the next two, and you're done. It's not as bad as it first sounds.

2.) Calorie Reduction. If you're eating 1,500 calories per day while trying to lose weight, skipping two meals plus snacks will save you somewhere in the neighborhood of 1,100 calories. That means you can go over your 1,500 goal a couple-few times during the week, and still hit your calorie-goal for the week.

3.) Teach your body to Burn Fat. Remember that every pound of fat in your body is 3,500 calories' worth of energy just waiting to be released. Our bodies were designed to store energy (fat) in times of plenty, and burn that energy when food was scarce. However, it's easier for your body to get energy from a steady flow of carbs than it is to convert fat into energy, and our bodies were also designed to be efficient. This is why our bodies give us hunger pains - our bodies are basically saying "hey, I'm out of the easy fuel - can you throw a bagel down your neck?"

Last year at this time I was training in the mornings for a mid-length triathlon, and I would workout for 2.5 hours without eating first. I would drink a juice-water mix and eat a little apple sauce while on my 90 minute bike ride, then run a 10K with a small water bottle. During this time, my body got very efficient at using fat as a fuel source, and for the first time in my life I wasn't getting hypoglycemic-type symptoms if I went an extra hour or two without eating a snack.

We could all survive on water alone for quite some time, if we were stranded on a deserted island. Skipping a couple meals isn't the same thing, but it kind of is..

4.) Brad Pilon's "Eat Stop Eat". This whole exercise reminded me of Brad's blog, where he's spent a great deal of time and energy honing the craft of "intermittent fasting". I'd recommend this as a good resource if you want to explore this topic further.

Can a 24-hour fast be part of your healthy lifestyle? Sure. I think there's something to be gained from letting your body function in its natural state.

Can you be healthy without fasting? Of course. Just eat good food in moderate portions, and get some active and passive exercise.

Are you going to try a 24-hour fast, or have you ever? Let me know how it went.

Email ThisBlogThis!Share to TwitterShare to FacebookShare to Pinterest
Labels: 2013, articles, health and fitness, may

Get new posts delivered to your inbox

I try to practice what I preach.

Get Fitness Gazette in your Inbox